Learn how to understand Anger and the Signs!

Understanding Anger and the Signs 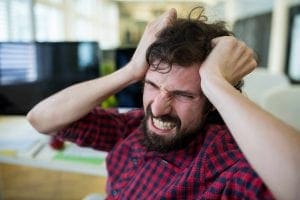 At different times in our lives we are going to get angry. That’s what humans do, it’s a natural, emotional response, and a fact of life.  Anger tells us that something is amiss and needs our attention. Finding the right balance between expressing your emotions clearly and not flying off the handle can be very difficult, especially if you are not even aware of your own anger.

In order to address anger issues, it’s important to educate yourself on anger, so let’s take a look at what causes anger, and the physical, internal and mental signs of anger.

Anger is a natural response to a perceived threat. The threat can be real, imagined, emotional, verbal, physical or psychological. It’s what the body experiences that determines whether one responds angrily or not.  If the body senses threat it will activate the stress response in order to survive. This usually look likes anger.

When the body experiences threat it automatically shifts into what is called the sympathetic nervous system which is responsible for protecting us from threat, and governs the ‘fight, flight or freeze’ response.  When the stress response is activated the body starts pumping stress hormones such as adrenaline and cortisol, preparing the body for action in order to protect and defend itself.

Some of the physical signs of responding to threat can include yelling, glaring, reddening of the face or clenched fists just to name a few, There are literally hundreds of physical signs of anger, so paying attention to the body can assist to manage ‘the threat’.

Physical signs of anger might be obvious but there are also internal signs of anger that are not so visible, but you can feel them inside of you. These include sweating, the body tensing, speeding heartrate, heat in the body or tunnel vision. These signs

Then there are the mental signs of anger which can feel very painful, are difficult to manage and often confusing. Initially there is the threat, which is experienced in the body as an emotion. This experience is translated by the mind into a feeling.  Of course, feelings are clouded by all the previous experiences of threat, which can make the present threat feel much bigger than it is. So, if emotions provoke thoughts, and thoughts dictate actions, it become clear that if the thinking is impaired then the response will be impaired too.

All of these anger signals say ‘back off’, and once the stress response is activated the stress hormones flood the body causing the heart rate to increase, blood pressure to escalate, and before you know it you can be gripped into an anger response that you may lose control over.  Long term anger, and repeated activation of the sympathetic nervous system results in serious consequences for one’s long term health, not to mention it being both emotionally and physically exhausting. The more aware you become of what your body is doing when you feel threatened, the better able you will be to manage your anger in healthy ways.

For example, being physically attacked is indeed a threat and requires the activation of the stress response to survive but being stuck in heavy traffic when you are running late for work is not really a threat. Learning to respond differently to perceived experiences of threat will maintain homostasis, and significantly reduce the frequency of anger.

Anger is also heavily influenced by our weaknesses, beliefs, habits and of course what we are most defensive (sensitive) about. When any of these is violated some kind of anger will follow.  What type of anger,  healthy or unhealthy depends on how well you have tamed your sympathetic nervous system, and trained your parasympathetic nervous system.

Stay Up To Date With The Latest On Anger Management, Join Our Newsletter, We Never Spam You!

How the Stress Response Governs your Emotional Responses
Scroll to top

What do Anger Signs Look Like
Accept settingsHide notification only