Learn how and why anger and aggression negatively impacts your life! 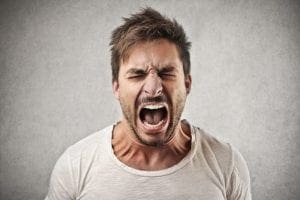 The Difference between Anger & Aggression

Anger is a normal part of the human condition. All of us will feel and express anger at various times throughout our lives. Healthy or constructive anger is brief and of low intensity where feelings and experiences are expressed in an assertive manner. Healthy anger will involve a dialogue between all people involved, not just the angry person.

When used constructively anger can have positive outcomes as it enables a person to expression his or her feelings in a safe environment where concerns are heard and acknowledged by the other party, who then responds appropriately. Together they work to resolve the conflict. It is when anger is paired with aggression that problems emerge. Anger and aggression do not automatically go together, and are not the same thing. Anger is a feeling, aggression is a behaviour.

Anger tells us when something is wrong and with this feeling comes the release of endorphins that propel us to action, namely to face this feeling and express it in order to find relief, whilst aggression is a destructive behaviour that people use in order to get their own way. We are always in charge of our own behaviors, and using aggression is always a choice.

Aggressive behaviours are designed to bully, intimidate, coerce or threaten others into doing something they don’t agree with, or don’t want to do. When people behave aggressively they don’t acknowledge the other person’s feeling or needs they just want to the other person to see things one way – their way. All anger problems involve aggressive behaviours and the underlying goal is to maintain power and control over someone.

There are many ways that people can behave aggressively. Verbal forms of aggression include withholding information or failing to share thoughts and feelings, discounting the thoughts and feelings of the other person, accusing and blaming, name calling, judging and criticsing, trivializing or undermining, being threatening or demanding and any abusive behaviour which uses any form of yelling and screaming. Physical forms of aggression include throwing things, slamming or breaking things, hitting, kicking, pushing, shoving, biting, breaking possessions, using weapons and actual physical attacks against the person.

Most people who use aggressive behaviours fail to take responsibility for their actions; they always point the finger or blame someone else for their actions. So whilst anger is perceived as the bad guy, the real problem is aggression.  If you find yourself being too aggressive; too often, then working on your assertiveness and interpersonal skills will help shift you from unhealthy and destructive behaviours to self-supporting ones.

If you want to work on your anger our online anger management courses will help you reach your goals quickly and effectively.

Stay Up To Date With The Latest On Anger Management, Join Our Newsletter, We Never Spam You!

How To Build Your Empathetic Skills

What do Anger Signs Look Like
Scroll to top